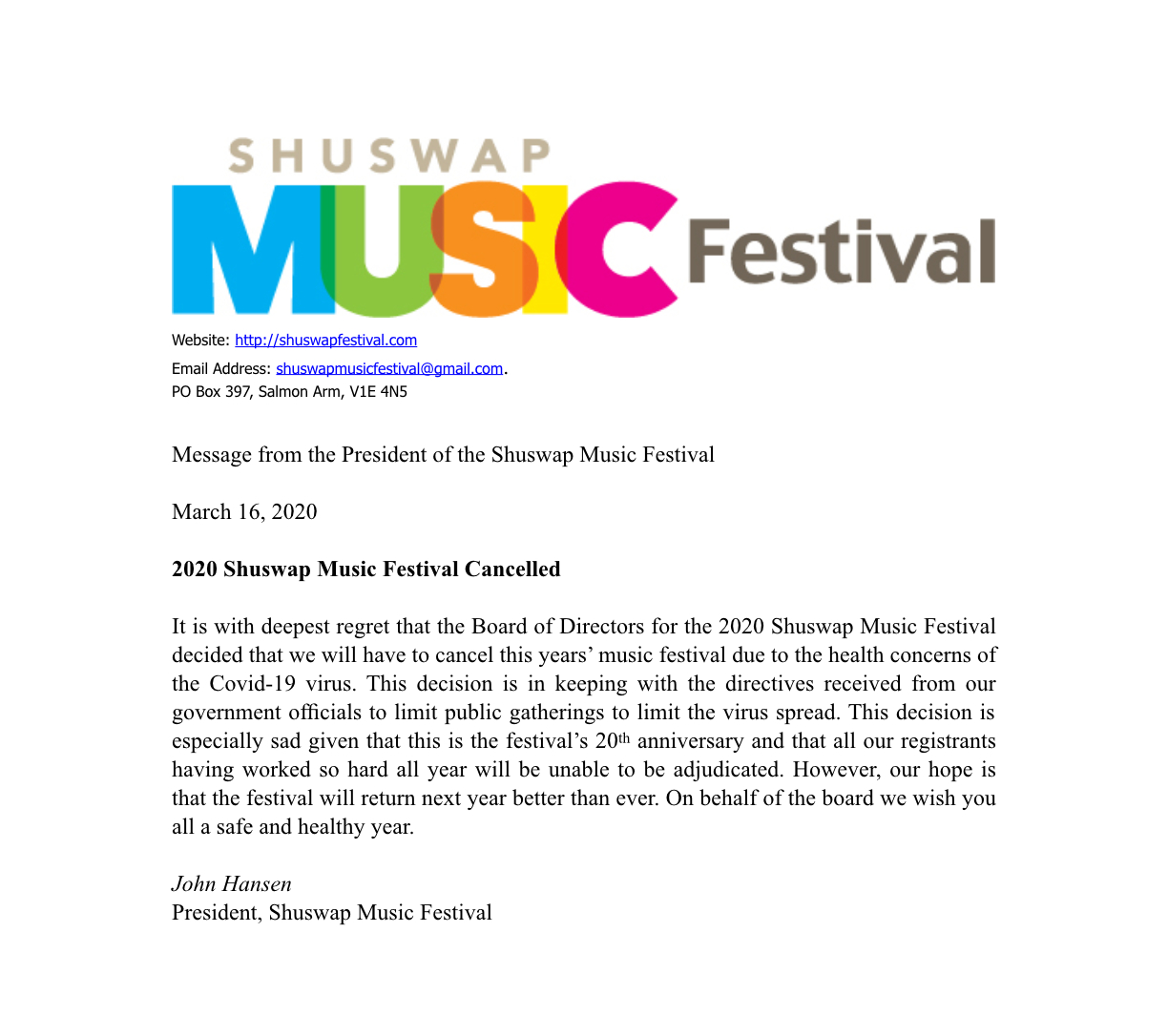 New for 2019: ARCT for Strings added to the Discipline

Terry holds Associate degrees from the Royal Conservatory of Music in voice and piano. She completed her advance studies in voice with Phyllis Mailing at the Vancouver Academy of Music and piano with Edward Parker. The Logan Studio has produced many fine singers and pianists who have earned top awards at the local and Provincial […]

Laurie teaches violin and viola students in the small community of Bergen, Alberta. A former member of the Calgary Philharmonic Orchestra, she has performed as soloist in a wide variety of venues in western Canada and in Europe. Laurie is a founding member of Calgary’s Allegra String Quartet, and has performed as a chamber musician […]

George Roberts is a graduate of the School of Music UBC and the Vancouver Academy of Music where he was privileged to study under Phyllis Mailing. A member of the Vancouver Chamber Choir, he is a frequent soloist in concert and on recordings. He has adjudicated music festivals from Victoria to Winnipeg, and has facilitated choral […]

Anita (A.D.) Perry is proud to call the Okanagan her home. She has written works for orchestra, concert band, piano, voice and choir as well as seven children’s musicals and five ballets. In 2011 she was honoured with the Summerland Arts Appreciation Award and in 2014 and 2017 won the CFMTA Call for Compositions for […]

Dan Wardrope holds his A.R.C.T. from the Royal Conservatory of Music in Toronto, Canada and a Licentiate degree from Trinity College in London, England. Wardrope is an active composer, producer, clinician and instructor. His album of original compositions receives radio airplay across North America including regular play on CBC radio. His students have won many […]

The Shuswap Music Festival concluded Friday April 29 with a Gala Concert at the First United Church. Performers, selected by the Festival adjudicators, entertained a captive audience. “Keep playing and keep sharing your music” was a recurring theme throughout the two-week Festival.

In addition to celebrating the talent of amateur Shuswap musicians, the evening was an opportunity to acknowledge the hard work of our youth with the presentation of well-earned awards and scholarships worth a total of $4795.00.

Earlier in the Festival, Band adjudicator Peter Stigings applauded music teacher Brian Pratt-Johnson for his outstanding work with the Jackson School Concert Band. Stigings encouraged the students. “Take music each year in high school,” he advocated, “and keep on playing and sharing your music long after high school graduation and into your adult lives.” His words were echoed by many others during the Festival. “You are very fortunate,” added Stigings, “that your school district continues to fund a music program.”

Some “graduates” of the Festival continue to follow a music path. This year the Blair Borden Memorial Scholarship, for pursuit of a career in music, was awarded to three contestants: Jenae VanGameren (voice), Emily Wark and Andrew Stoney (piano). Reid Fowler presented The Mary Fowler Memorial Scholarship for ‘Excellence in Vocal Performance’ to Paige Tower.

A very talented 13-year-old musician—Holly McCallum—took the Gala audience by surprise. Holly plays cello and piano and won “Outstanding Senior” for both instruments! She entertained the crowd playing Chopin’s Nocturne in C Sharp Minor on cello; a piano solo; a piano duet with Jessica Neudorf; and joined three other pianists dressed in the finest Mozart costumes for the finale ensemble performance ‘two pianos~8 hands’. Holly received six awards at the Gala: two in Strings and four in Piano.

Dr. Melany Dyer of the Shuswap Community Foundation announced the eight candidates recommended to advance to the Performing Arts BC Provincial Festival. They are: Stephen Moore (Junior A Piano); Grace Neudorf (Intermediate Piano); Andrew Stoney (Senior Piano); Anna Konrad (Junior A Strings); Georgia Nitchie (Jr. Classical Voice); Paige Tower (Intermediate Classical Voice); Jenae VanGameren (Senior Classical Voice); and Destinee Trentalance (Jr. Musical Theatre). In addition to these eight candidates, four other Shuswap Festival contestants, who were recommended at other festivals to attend the 2016 Provincial Festival, will join them. They are: Aria Izik-Dzurko (Piano); Libby Wyse (Strings); Jessica Neudorf (Piano); and Holly McCallum (Strings and Piano). This is an outstanding contingent to represent the Shuswap at the Provincial Festival in late May.

The Festival adjudicators this year were Peter Stigings, Band; Jane Hayes, Senior Piano; Yvette Rowledge, Jr. Piano; Don James, Vocal and Choir; and Joel Stobbe, Strings. They chose the recipients for all awards and scholarships including the following:

The Festival and these awards are only possible through the generous donations and support of the community. Volunteers make it all happen. At the Gala, the Directors of the Shuswap Music Festival Society were pleased to honour Past President and founding member, Jeff den Biesen, for his dedicated service and more than a decade of commitment to the Festival as President.  He helped to build a legacy for the community. The Society thanks all the Rotarians and community members for their many volunteer hours; the generosity of the sponsors and donors; and a special thank you to Rod Charlebois, the Master of Ceremony for the Gala Concert.

Thank You and Congratulations to all the musicians and vocalists, young and old, who participated in the Festival.

Raffle of Painting by Lou Conron – CONGRATULATIONS TO SCOTT WILSON

Get your tickets for your chance to win a beautiful painting by local artist and music teacher, Lou Conron. Proceeds for this fund-raiser support the 16th Annual Shuswap Music Festival. Tickets are available from Board members. Watch for sales at various community outlets and Piccadilly Mall. Draw to be made at the Gala Concert, April 29th 2016. Your support is gratefully appreciated! 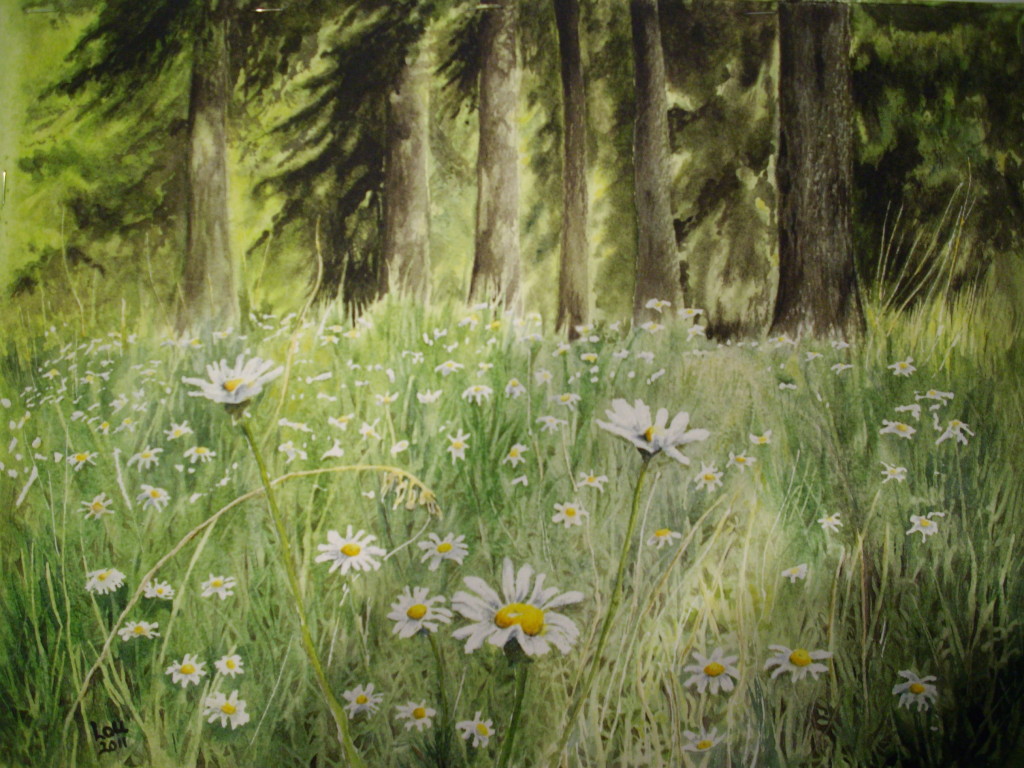 Congratulations to our 2015 Performing Arts BC Winners