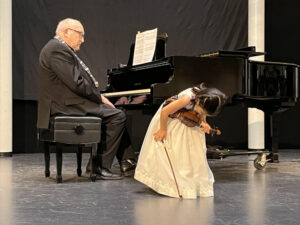 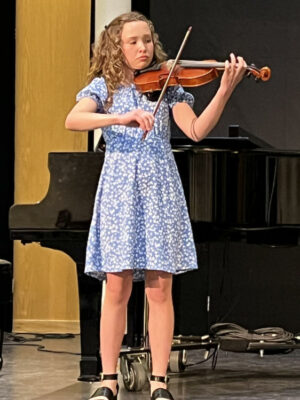 Autumn Sunderland wins Best of the Fest in Strings. 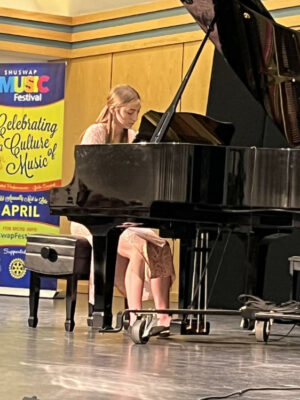 Teslyn Bates, winner of the “Best of the Fest in Piano”, concluded the Gala concert with a performance of Chopin’s Etude Op 25 no. 7. 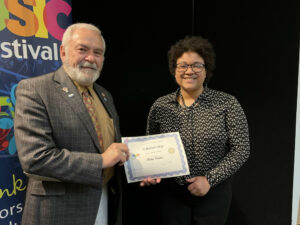 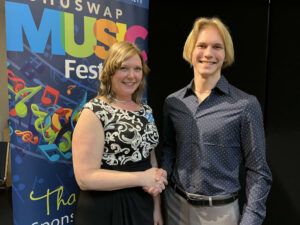 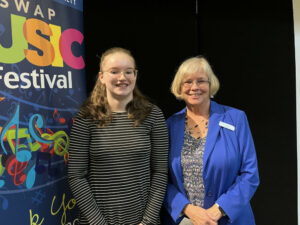 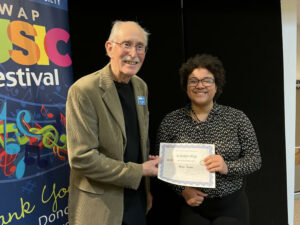 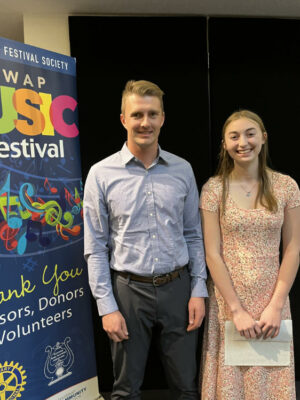 Rich Smith, Daybreak Rotary Club, presents the “Best of the Fest in Piano” to Teslyn Bates. 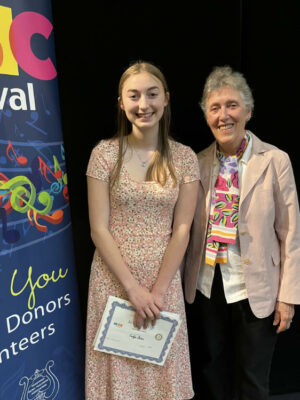 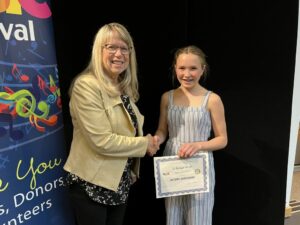 Kathy Dunfield, Shuswap Rotary Club, presents the Best of the Fest in Strings to Autumn Sunderland.

Jane Hayes, Senior Piano adjudicator, meets with music students at the opening session of the 18th Annual Shuswap Music Festival on Monday, April 16. Hayes is a distinguished teacher, active recording artist and concert performer. Her concert tours have taken her across Canada, the USA, Europe and Mexico. During her current sabbatical year, she will be travelling to China to work with Chinese piano professors.

Jacob Huntington performs the Hockey Night in Canada theme song during the Shuswap Music Festival’s Gala Concert Program at First United Church on Friday, April 29. Those performing in the gala concert were chosen as the best of the festival by festival organizers.